50 Word Bio:
K.A. Doore is a fantasy author, avid dreamer, and all-things-weird enthusiast. During the day, she develops eLearnings. At night, she wrangles two small children. In between, she writes. The Chronicles of Ghadid is her trilogy debut, beginning with The Perfect Assassin from Tor Books.

100 Word Bio:
K.A. Doore is a native Floridian, but has also lived in lush Washington, arid Arizona, and cherry-infused Michigan. While recovering from climate whiplash, she’s raised chickens, learned entirely too much about property assessment, photographed cacti, and now develops online trainings while writing fantasy and wrangling two small children, none of which has anything to do with – or perhaps has everything to do with – her BA in Classics.

The Chronicles of Ghadid is her trilogy debut, beginning with The Perfect Assassin from Tor Books. 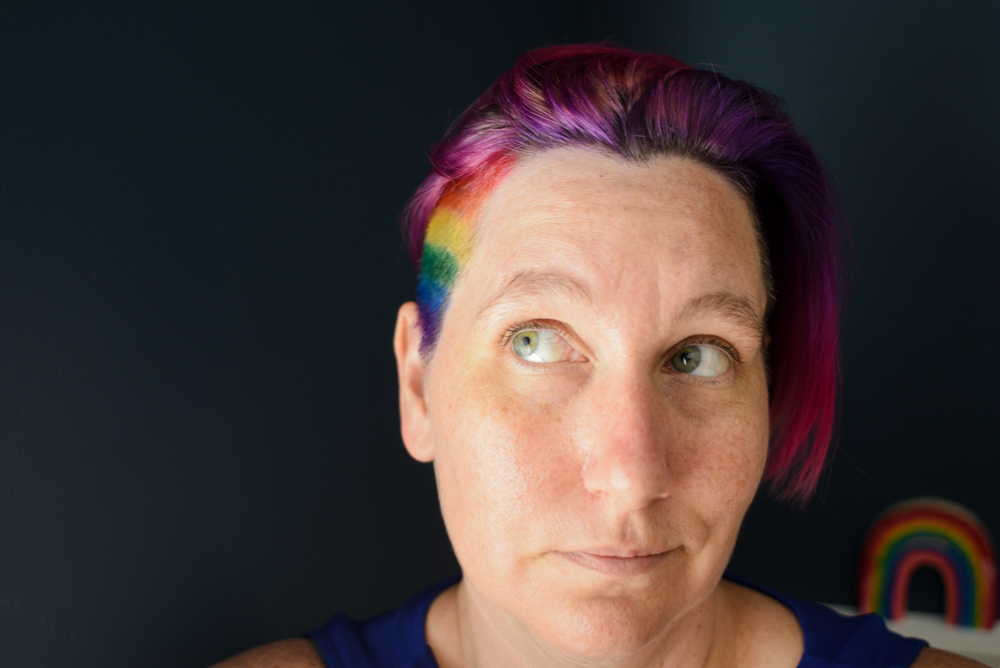 The Perfect Assassin Back Copy:
Divine justice is written in blood.

Or so Amastan has been taught. As a new assassin in the Basbowen family, he’s already having second thoughts about taking a life. A scarcity of contracts ends up being just what he needs.

Until, unexpectedly, Amastan finds the body of a very important drum chief. Until, impossibly, Basbowen’s finest start showing up dead, with their murderous jaan running wild in the dusty streets of Ghadid. Until, inevitably, Amastan is ordered to solve these murders, before the family gets blamed.

Every life has its price, but when the tables are turned, Amastan must find this perfect assassin or be their next target.

Some Shorter Blurbs:
Queer assassins save the day!

“Doore wows with this outstanding fantasy debut based on mythology from Egypt and sub-Saharan Africa. […] Doore is a force to be reckoned with, blending a stirring plot, elegant worldbuilding, effortless style, and diverse, empathetic characters. Her debut is sure to be a hit with fans of Sarah J. Maas and George R.R. Martin.”
– Publisher’s Weekly starred review

“Doore’s thrilling fantasy debut is a suspenseful murder mystery wrapped around a coming-of-age story, sprinkled with family intrigue, vengeful ghosts, and a gentle but bittersweet m/m romance. Ghadid, set on platforms hundreds of feet above shifting sands, is vividly described, with a fascinating history and culture that Doore folds in naturally. This author is one to watch.”
– Booklist

“The Perfect Assassin is easy to enjoy, sharp and clean without being straightforward, a debut novel invested in being both good and fun.”
– Liz Bourke, Tor Dot Com

The Impossible Contract Back Copy:

Thana has a huge reputation to live up to as daughter of the Serpent, who rules over Ghadid’s secret clan of assassins. Opportunity to prove herself arrives when Thana accepts her first contract on Heru, a dangerous foreign diplomat with the ability to bind a person’s soul under his control.

She may be in over her head, especially when Heru is targeted by a rival sorcerer who sends hordes of the undead to attack them both. When Heru flees, Thana has no choice than to pursue him across the sands to the Empire that intends to capture Ghadid inside its iron grip.

A stranger in a strange city, Thana’s only ally is Mo, a healer who may be too noble for her own good. Meanwhile, otherworldly and political dangers lurk around every corner, and even more sinister plans are uncovered which could lead to worldwide devastation. Can Thana rise to the challenge—even if it means facing off against an ancient evil?

Some Shorter Blurbs:
Queer assassins save the day! 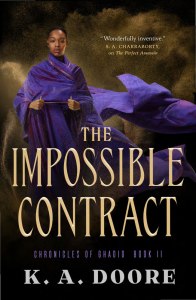