In gearing up for my next project, I’ve been brainstorming what I’m going to research, how I’m going to research it, and in what format I want to share that research here. Because it’s going to be all magical girls, all the time, it’ll be a lot of fun – I’m planning to binge watch most of the classic anime series and I’ve been scouring the online world for anything with hints of magical girlness in the book world. From what I’ve seen – so far at least – there isn’t much.

Granted, this could mean that there simply is no market, but I’m willing to bet my time (and possibly sanity) that that is not, in fact, the case.

But as I mused over these things, I realized I’d never shared any of my preliminary research for my current, actually done, novel here. Partially because I was so involved with the process at the time, but also partially because I didn’t think anyone would actually be interested.

So I’m going to do a short little series delving into the background of my current novel, The Impossible Contract, the research, and what all came together to make it more than just a tromp through some sandy places.

When the idea for this story first popped into my head, I knew it was going to be set in a desert much like our modern day Sahara. Although I currently live in a bona fide desert, it doesn’t quite have the range of extremes that the Sahara does. That’s when I knew I’d need to read some first hand accounts of what it’s like not only surviving, but thriving, in that kind of environment.

Little did I know the size of the rabbit hole I was about to fall into.

The Sahara and its people and disparate cultures are absolutely fascinating subjects. It is the endless dunes that come to mind when you merely think the word, and it is rocks and wind and mountains and oases, wells and flies and camels and deep underground aquifers, gods and demons and unnamable madness.

But it’s also, you know, everyday people living their lives.

I read more than a dozen books on the Sahara alone, but to start you off, I’d recommend these in particular: 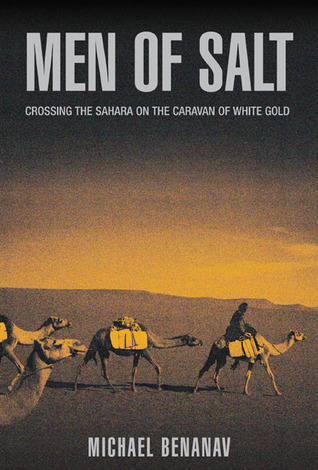 Men of Salt by Michael Benanav
This is a first-hand account of travel with a salt caravan from a western perspective. It’s absolutely fascinating and a great way to introduce yourself to the region, if you don’t previously have any knowledge or experience. Since it’s an outsider’s perspective – and a tourist’s at that – it doesn’t get into the nitty gritty of cultural details and makes some assumptions, but it’s a quick, fun read and I found with follow-up research that most of it was spot on.

Skeletons on the Zahara by Dean King

Also an absolutely fascinating account of shipwrecked Americans adrift in the Sahara. This novel is based on a true story in the early 19th century and was especially interesting to read right after Men of Salt, because so little has changed. While the story suffers from both an overabundance of minutiae and the problematic outsider viewpoint, it shows a lot more of the everyday culture and just what it takes to survive in the Sahara. 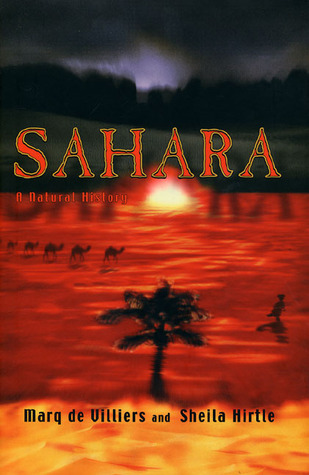 This book. This book. If you want an overview of the Sahara – its history, its cultures, its geography – then you should read this. This book made me absolutely fall in love with the Sahara. It made me wish I’d majored in something other than Classics. It’s certainly not perfect, but I think it accomplished what it set out to do, which is to really make you understand just how complex the Sahara is. And how recent! The great, empty expanse of sand as we know it is only a few thousand years old – the ancient Egyptians certainly experienced it much differently than we do now.

Altogether, it was more than enough to make me wonder why there aren’t more stories set in deserts. And then I might have gone on a reading binge of what novels I could find that met that criteria. But that comes later.