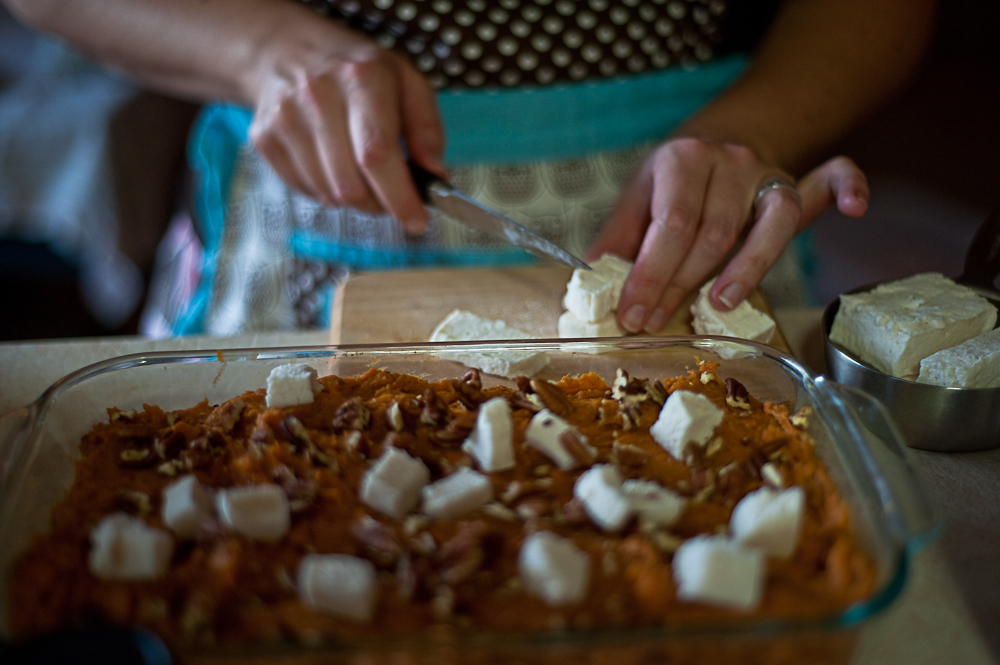 I had every intention to get in on the one-a-day thankful meme, but then it was mid-November and, well. But I firmly believe it’s never too late to be thankful, so I’ve compiled my list for Thanksgiving itself. 26 things because this year, Thanksgiving fell on the 26th.

26 Things I’m Thankful For:
(or: A Thanksgiving Thankstravaganza)

26) Tucson and it’s gloriously wonderful chaotic weather.
25) Our fuzzy furry crazy cats.
24) Gainful employment.
23) BPAL and other good scents.
22) Happy twinkle lights.
21) Standing desks.
20) My overall good health.
19) Deadlifts and squats and everything they’ve taught me about true strength.
18) The local Thanksgiving 5k.
17) The inspiration that comes during a good run.
16) Zombies, Run!
15) All the amazing musicians who keep making music and life.
14) All the amazing authors who keep writing.
13) Living during a time when we have access to such a variety and depth of great arts and music and books.
12) My agent.
11) Coffee.
10) The opportunities that I’ve worked for and stumbled across.
9) Writing and the purpose it has given my life.
8) The Internet.
7) This blogging community.
6) Being able to cross the world in a matter of hours.
5) Growing older and all the experiences and wisdom that comes along.
4) Financial stability.
3) Family – chosen and blood-related.
2) My friends.
1) My wife.

Here is my current progress on OIBM, a YA fantasy ruckus about magical girls, the apocalypse, and exactly whose fault it is:

Yes, I moved my wordcount target down. Yes, it needs about 20k more to be a viable novel. But this is draft zero, aka a very long and convoluted outline, and should come in way under my eventual goal.

Now I’m going to let it sit and ferment and work on something else. I have an older novel to tweak and rewrite in the meantime. I definitely need some time away from this one, because it is missing something crucial and being so close to it has blinded me to what that could be. Distance will give me the perspective I need to fix this beast – I hope.

This weekend, though, I’m going to read and cook and hang out with friends and family and get outside and read and maybe start brainstorming and read.

Happy Thanksgiving from all of us at chez Doore! 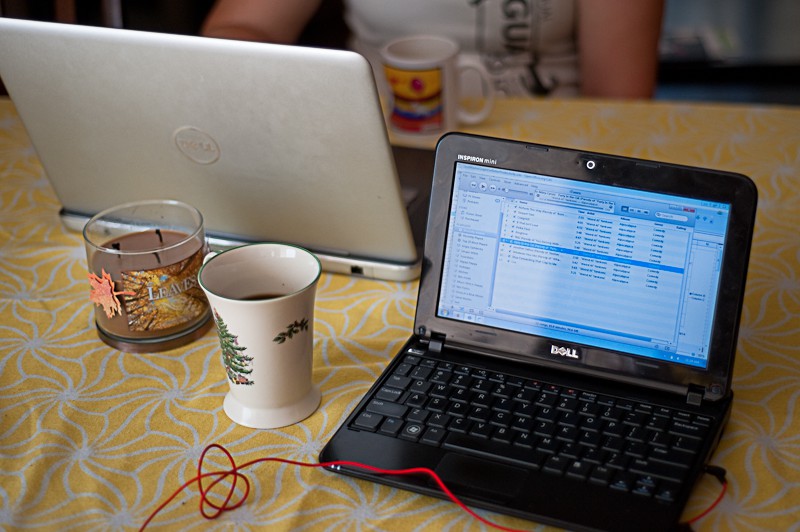 A few years ago I made the Best Decision and shelled out money for the teeniest, lightest laptop I could find – an Inspiron Mini Netbook. Suddenly, my writing could go everywhere I went, and it did. I could take it on the plane, on the bus, walk with it to a coffee shop, bring it along on a hike – all without having to plan or think about it. It fits in my purse and goes wherever I go, so I could write at the drop of hat.

Unfortunately, about a year ago it started to stutter and slow. I tried 100 different things to fix it, but when it decided to start taking 10, 15+ min just to open a word document, I finally grew frustrated enough to install Linux. That worked for a while, but now the little netbook that could is dying on me again.

Which puts me in the market for a new netbook. In my researching the current netbook market, I’ve been amazed at the sheer number of tablets marketed to stand in for what was once an ultralight, ultraportable, and ultracheap item. For one, they’re not ultracheap. For another, you have to buy a keyboard separately. And for a third – who wants a touchscreen for writing?

It makes me wonder what people do use for writing. The ubiquitous but far less portable laptop? The increasingly ubiquitous tablet? Home computer? Work computer? Desktop? Iphone? Let me know. I’m very curious.

Here is my current progress on OIBM, a YA fantasy ruckus about magical girls, the apocalypse, and exactly whose fault it is:

Fun Recent Google Searches: The Emergency Broadcast System, which, by the way, was replaced by the Emergency Alert System in 1997. Did you notice? I didn’t notice. Thank you, Google.

Average Words Per Day This Week: Nope. Not gonna do it.

The benefit of consistently writing for so many years is that you really get to know your process. Which means knowing what works for you, but also knowing where you struggle.

I’ve come to accept over the years that 1/3rd of the way through a first draft is always where I start losing momentum. The story is starting to come together and I can finally see the shape of the end and am excited to get there – but I still have to stitch together the rest of the plot. I’m an unapologetic pantser and what gets me writing and through (most of) the first draft is needing to know what’s gonna happen. The absolute fastest way for me to kill a fledgling story is to try to plot it before writing.

Of course, 1/3rd to 1/2th the way in, I know pretty much what’s going to happen. And that’s when it becomes work: sitting down and getting those words out every single day.

The only way out is through, so here we go. Nose to grindstone (which always seems like such a terribly painful idea). Writing every day. Get it out, get it written, and get excited again.

Best way to get through this rough bit is to hold myself publicly accountable. So without further do, here is my current progress on OIBM, a YA fantasy ruckus about magical girls, the apocalypse, and exactly whose fault it is:

Fun Recent Google Searches: Exactly how long someone can be unconscious after being knocked out before brain damage is an issue. Answer: not long.

Average Words Per Day This Week: 1700

Numbers of Bears Introduced in Story So Far: 0 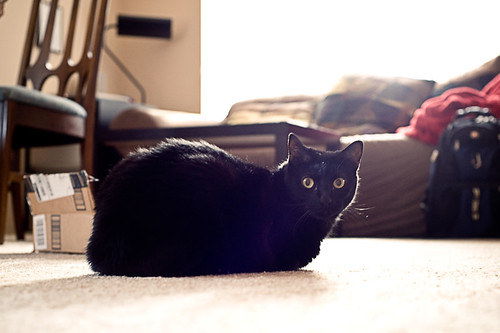 I just spent the last two weeks completely useless and out of it. It started with a flu, only to quickly devolve into walking pneumonia. It’s hard to be productive with a fever, so I acquiesced to the sofa and too much Netflix.

A brief round of antibiotics was enough to clear it up. All hail antibiotics. Being able to just take a pill and actually feel better the next day really underscored how screwed we all are if/when every major bacterial disease becomes resistant. If I were a writer of futuristic dystopians…

So. September. Not so much. But October? Yes. We can do this.

I’ve been much quieter these past few weeks for a number of reasons, the first and foremost being that our lives have been completely turned upside down. But in a good way! It’s just made for some chaotic and non-writing times.

And they’re not going to be over any time in the immediate future. I made the analogy to a friend the other day that it feels like we have just thrown all of our cards into the air and we’re waiting for them to come down. Well, amazingly, two just did. I hope that I can talk about one (or both!) very soon, but it’s not quite time yet. Suffice to say, one involves my wife’s dreams, and the other involves mine.

In the meantime, I have 30k left on this draft zero and 10k+ to cut from the final draft of my other book, so I have plenty to keep me busy and distracted until we know more!!

I have 83k words on draft zero of my new WIP and it’s time to stop, regroup, and begin the rewrite. I didn’t finish the story – unless you count “rocks fall, everybody dies” – but so much needs to be changed – has changed – since I started it that the ending I’m currently trying to write won’t even survive to the next version. So instead of struggling through for the sake of hitting my word count goal, I’m cutting loose now and giving myself a little time off.

Oddly, I’m still feeling fairly confident about this story. Usually by now, especially after almost two straight months of writing, I’m bored and/or convinced of its crappiness. But with this one I feel like I’ve only just gotten started and there’s still so much to discover and flesh out. Perhaps because the story is still fresh? I don’t know, but I’ll go with it.

Which means I’m going to alter my original plans a wee bit. I was going to drop this story like a hot potato for a few months while working on shoring up and submitting the one I sent out to betas in early summer. But now I think I’m going to take a week (or two – but no more than that) off to think and percolate and do as much research as I can on the setting and cultures. Lady let me into the university library this weekend and they just have everything. Well, almost everything – the English translation of one particularly interesting book is, alas, in the British library and apparently interlibrary loan doesn’t extend that far. I’m tempted to get the original French version instead and see what I can make of it. But that brings up an important point:

I can easily see myself studying my eyeballs out in lieu of actually writing, hence the one (or two) week cut-off. A month would be awesome, but I fear that if I go that long without actually writing, I’ll soon lose my groove again. I wish I had enough time to do both, but, well, if wishes were horses, we’d be up to our ears in horse shit.

I’ll figure out a middle path, I’m sure.

In the meantime, draft zero is done! It’s absolute shit and will never see the light of day, but I now have a serviceable plot, a cast of interesting characters, and a setting that I just want to go play in for days and days and days. Now comes the (much) hard(er) part of actually turning it into a story, a first draft.

But first: research. And second: maybe I should actually look at what my betas said about the last book. If they think it’s close enough to being done, I might just fix it now and go ahead and begin submitting while I start reworking this other one. Yes. That sounds like the best course of action.